A method to make any organ in the lab 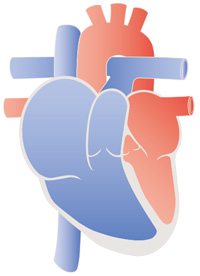 The production of endothelial cells from
iPS cells will provide blood to organs regenerated in the lab.

The production of endothelial cells from iPS cells will provide blood to organs regenerated in the lab.

One exciting prospect of iPSCs is organ regeneration. Each organ has its own special features and demands its own special protocols when differentiating the iPSCs. One exception is the need for blood, which is required for the growth and maintenance of any organ and is why the generation of endothelial cells that form blood vessel walls is essential for any protocol. Unfortunately, despite their ubiquity in the body, endothelial cells have proven not so easy to make from stem cells like iPSCs. In a new report, the Jun Yamashita lab has made significant gains on this problem by reporting the "stimulation-elimination" method.

According to Yamashita, in the stimulation-elimination method, "we stimulated human iPSCs based on our previous method using mouse iPSCs and eliminated non-responder cells, which would not differentiate."

"For regenerative medicine, the purity and viability of the cells must be very high," said Yamashita, adding, "We can purify the cells with antibodies, but many cells are lost, and purified cells may be not so viable." Thus, only stimulation of the iPSCs with VEGF and cAMP produced an endothelial cell population that was either too impure or too small for organ generation.

When differentiating the iPSCs to endothelial cells, CiRA researchers found that a certain population did not respond to the stimulation. "We do not know why non-responder cells did not differentiate," said Takeshi Ikuno, who first-authored the study.

Ikuno found, however, that removing these cells before the stimulation with VEGF and cAMP secured an endothelial cell population of almost 100% and one much larger than the non-responder cells not been removed prior to differentiation. "We lose fewer cells through the selection and reculture of cells before stimulation," he said.

However, whether the endothelial cells could be used for organ generation was not clear. Endothelial cells can be further divided into arterial, venous, or other tissue-specific endothelial cells based on the direction of blood flow to and from the heart, and microenvironment of each tissue or organ. The group shows that the procured endothelial cells have the potential for either type with further manipulation.

"Our cells are before the stage in which they decide what vascular type form. Deciding the arterial, venous, or other tissue-specific function is an important feature of our endothelial cells," said Yamashita.