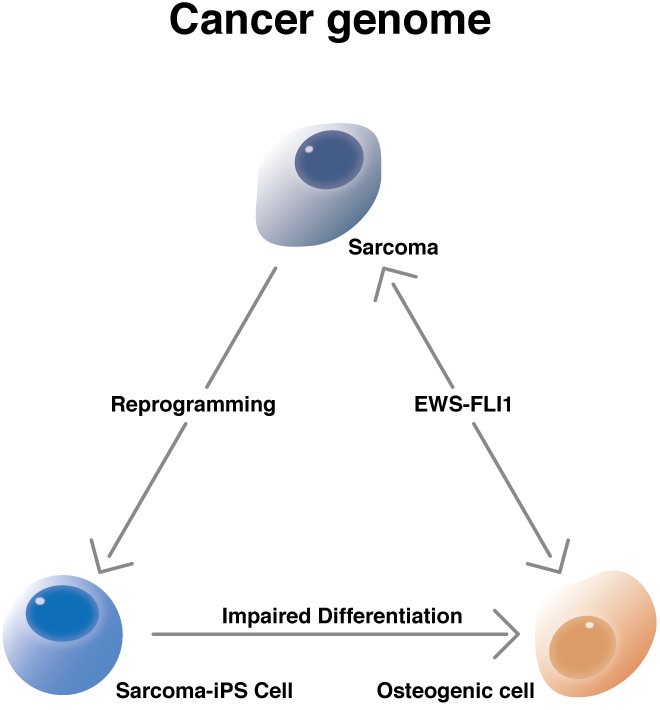 
Unlike normal cells, cancer cells proliferate uncontrollably, causing their spread throughout the body. This irregular proliferation is often attributed to mutant genes. Prof. Yasuhiro Yamada is especially interested in one gene related to bone cancers. "One of our projects is the EWS-FLI1 gene", he said. This oncogene is considered necessary but not sufficient for several bone cancers, which suggests it must partner with other mutations to cause the cancer.

iPS cell technology has given cancer researchers a tool to reprogram cells and thus allows researchers to watch the cancer develop in real time. "We can modify the genes of iPS cells and then differentiate them to evaluate the importance of the mutation," says Prof. Yasuhiro Yamada, but added, "Most sarcomas [or cancer cells] are resistant to reprogramming." Fortunately for his lab, he discovered some sarcomas that are not.