Blood cells that are invisible to the immune system 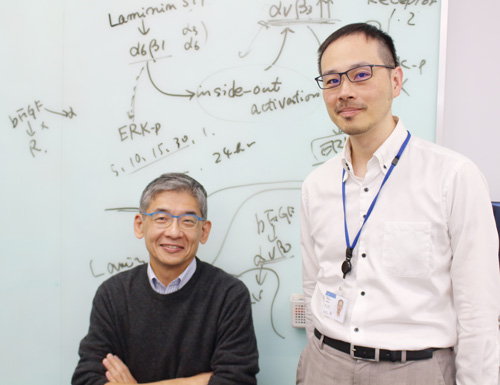 More than a million platelet transfusions are done in a year in the United States or Japan. These platelets must be transfused within a few days of the donation, as otherwise they lose their function. The result is 20% of platelet supplies go to waste annually. The Koji Eto laboratory at CiRA has recently reported a way to manufacture the billions of platelets needed for a transfusion from iPS cells, removing the need of donors and enabling the production of platelets on demand. In their latest study, they show how gene editing can modify their manufactured platelets to eliminate the need for immune matching.

Platelets are tiny cells and responsible for blood clotting and wound healing. Thrombocytopenia, or an insufficient count of platelets, can be caused by blood diseases, infections, pregnancies, chemotherapies, and can lead to perfuse and internal bleeding.

Although platelet transfusions are one of the most common forms of cell therapies in the clinic, around 5% of patients will develop platelet transfusion refractoriness due to immune rejection. This is a condition in which the platelet count remains persistently low, because the patient produces antibodies that destroy the transfused platelets.

"Platelet transfusion refractoriness can be dealt by more careful selection of the donors, but finding these donors can be very difficult," says Dr. Naoshi Sugimoto, a hematologist and manager of the project.

In most platelet transfusion refractoriness cases, the donor platelets must match the patient's human leukocyte antigens (HLA) as closely as possible, because mismatched HLA typically elicit an immune response. Therefore, "matched donors need to be recruited in advance, but this can be very difficult in rare HLA-I case or in emergent situation," notes Sugimoto. 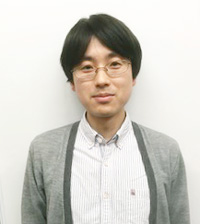 Scientific research has suggested that deleting HLA by gene editing could make the transplanted cells invisible to most immune cells, preventing an immune response, except for one type of immune.

"Natural killer (NK) cells react to cells that do not express HLA. When deleting HLA, we have to check that NK cells are not activated," says scientist Daisuke Suzuki, the first author of the paper.

The original plan was to delete HLA from the frozen megakaryocytes, but inexplicably this proved difficult. Therefore, the scientists reprogrammed the megakaryocytes back to iPS cells, where the deletion was much simpler and then differentiated the HLA deleted iPS cells to megakaryocytes from which they made platelets.

To investigate the NK cell reaction for platelets, Eto's team used mice that bear human immune cells including NK cells made by the laboratory of Dr. Takizawa at Kumamoto University, Japan, and confirmed the NK cells rejected HLA-depleted cells other than platelets. They then injected antibodies that respond to HLA into the mice and then injected unmodified platelets and HLA-deleted platelets. The unmodified platelets were dramatically reduced by the antibody in the blood circulation within 30 minutes of the injection and completely gone by 3 hours. On the other hand, the HLA-deleted platelet count remained steady.

Why these platelets evaded NK cells remains a mystery. One's own cells express a number of inhibitory factors that protect them from a NK cell attack, however, the study confirmed this was not the case for HLA-deleted platelets.

One key feature of platelets is that they do not contain a nucleus. The same is true for red blood cells, which also evade NK cells. In contrast, research on other HLA-deleted blood cell types that do include nuclei has shown NK cells will react.

"Why our platelets are able to evade NK cells needs more study but could contribute to other immune phenomena such as tumor immune evasion," says Sugimoto.