We are using iPS cells to study the lung, which can be divided into two major specialized areas: the airways and the alveoli. The airways have a function called muco-ciliary clearance to remove foreign substances and pathogens, while the alveoli contribute to gas exchange for bringing oxygen into the body and expelling carbon dioxide. These functions are supported by interactions between various lineage cells. Once disrupted, these interactions can lead to diseases, although they have not been fully understood. We have been tackling the issues starting with the methods of generating airway and alveolar cells from iPS cells.

We are now working on two major approaches to convert iPS cell technology into a clinically useful one based on the knowledge we have obtained so far. The first is to understand the mechanism of diseases by recapitulating intractable respiratory diseases in vitro. We hope to find effective diagnostic and therapeutic methods by using human-derived cells, which has been difficult to do with mice and other experimental animals alone. The other is the development of technology to regenerate damaged lungs in vivo. We are working on transplantation study to ask if animal lung function can be restored using human iPS cell-derived lung cells. Lung transplantation has been the ultimate therapeutic strategy for intractable lung diseases when criteria are met, although the shortage of donors has become a serious problem worldwide. Various methods for lung reconstruction are still underway. The salient advantage of iPS cells is their potentials to produce as many cells as needed for research and clinical applications. We hope to present a variety of applications that would lead to useful technologies for new diagnosis and treatment. 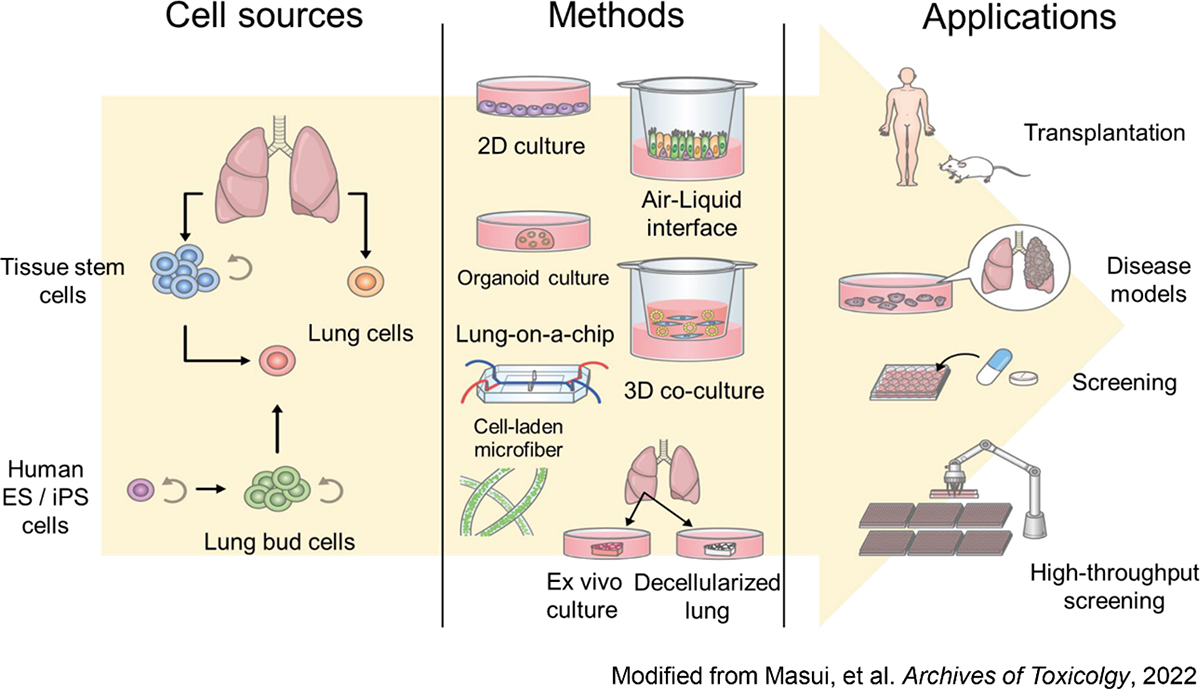